I collect books. I don’t mean in the sense of stalking garage sales or funky antique stores in search of rare tomes, though I certainly have and appreciate my signed first editions. I’m talking about collecting books whose titles have randomly caught my eye, reviews that have piqued my interest, or ones that friends have recommended. I have amassed a list — and pile — of books that will keep me occupied for a very long time.

But here’s the problem, and I’m guessing I’m not alone: I anxiously await the moment I can dig into a new book that I’ve

been coveting only to discover that I don’t really like it. The “digging in” becomes a chore. Thankfully, I discovered Nancy Pearl, librarian guru, whose 2003 book, Book Lust: Recommended Reading For Every Mood, Moment, And Reason gives permission for us to stop torturing ourselves!

Unlike the mantra we probably all heard—clean your plate, there are children starving in Africa—Nancy offers a formula for reading that relieves me of my guilt. As she explains in the book’s introduction, her “rule of 50” says that those under fifty-years-old need to read 50 pages of a book before calling it quits. Those over 50—who, she gently reminds us, have less time to squander—need only read the number of pages that is their age subtracted from 100. 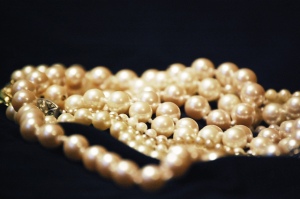 She also admits, and I wholeheartedly agree, that while we might not be able to slog through a book now (and can quit according to her formula), we might actually love the book at another time when we are in a different frame of mind. Case in point: I struggled with Cormac McCarthy’s The Road… the first time … and had to put it away. Six months later, I loved it.

With that, I am formally putting a few books on notice. I don’t want to identify them—to avoid hurting “their” feelings, or more importantly, influence anyone who might be swayed by my inability to lovingly devour a book that was rated 5 stars on Amazon or Goodreads. Being the optimist, however, I am hopeful that I will eventually embrace them. And if not, there’s a mountain of reading material to choose from waiting patiently by my bed, on my bookshelf, in the closet …

As I prepare to donate many many many of my books, I wanted to pay tribute to some of them before they disappear from my bookshelves. 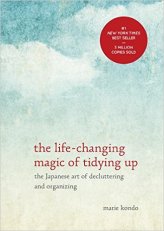 Actually, it was our most recent book club selection that inspired me to reduce my collection of books, which, I admit, is plentiful. A short and irritatingly cutesy book, The Life-Changing Magic of Tidying Up by Marie Kondo managed to motivate me to let go of hats, shoes, bags, and all sorts of clothing. The book has ignited conversation about our need for “stuff,” though author Kondo is clearly young, single, and comfortable financially, as evidenced by her naive and sometimes simplified attitude (“…if you find you’ve discarded something you really need later, you can always buy it again…”) And while I took into consideration the fact that the book was written with the help of a translator, I still found the writing awkward and at times, downright silly. But, then again, I have filled several bags and boxes with items for the local homeless shelter, family kitchen, and library (70 books to date; barely a dent).

Defector’s Story, was also translated, though the book’s tone was definitely more serious and “important.” Lee’s struggles as a teenager living under a brutal Communist regime … and her strength at such a young age to be able to escape and travel and manage to not only survive but thrive… reminded me again of how little one really needs to lead a happy, fulfilling life.

We also read Wine and War: The French, the Nazis, and the Battle for France’s Greatest Treasure by Don and Petie Kladstrup, a continent and several generations earlier than the previous two selections. The dedication and perseverance of the French to protect their wines —

their heritage — was not only heroic, but frightening. Whether you drink wine or not, the history and stories were remarkable testaments to the cruelty and stupidity of war. Unfortunately, while I gained a greater appreciation for the grape, I was disappointed in the storytelling. Repetitious and a bit flat. A book that I was glad to have read but wouldn’t recommend.

Cathy Marie Buchanan’s The Painted Girls propelled us even farther into the past … late 1800s Paris. The story was as

beautiful as Degas’ work upon which the novel was based, and with as much painful description of a ballerina’s life at the time. Author Buchanan’s diligent research added exquisite detail to create a moving and touching book. After reading this, I wanted to paint and dance!

Recent chatter about copyright infringement concerning music (see Spirit’s “Taurus” vs. Zeppelin’s “Stairway to Heaven” or Robin Thicke and Pharrell Williams “Blurred Lines” vs. Marvin Gaye’s “Gotta Give it Up”) has reignited discussion of copyright issues in the literary world.

According to the Berne Convention (the international source for copyright law), your original manuscript is protected by copyright as soon as it is fixed in tangible form. That is, the moment your great American novel is written—on paper or your computer—you’re copyrighted. For how long, you ask? In the USA and much of Europe, it’s the creator’s lifetime plus 70 years.

But here’s the funny thing; book titles are not protected by U.S. copyright laws.

To qualify for such protection, a work needs to possess “a significant amount of original expression” and the courts have ruled that expressions as short as book titles do not qualify. (That’s why, when my book club pals had heard about a great book with the words “Ordinary Grace” in the title, we had to get more specific; there are almost 2,500 books to choose from!)

This doesn’t mean, however, that you can name your book Fifty Shades of Grey. Some titles qualify for trademark protection (series titles like The Girl with the Dragon Tattoo, Twilight, etc.) if the

books become successful enough to be considered recognizable brands. A trademark protects words, phrases, symbols, or designs that identify the source of the goods or services of one party and distinguish them from others.

So, while it would so clever to title your new cookbook, The Hunger Games, you can’t. But if you name it, A Place at the Table, nothing’s stopping you, except for the fact that 6 other writers have already done so. (Our book club read the version by Susan Rebecca White, if you’re interested.) I’d recommend coming up with some other imaginative wording – it avoids confusion. What if your fans buy the wrong book? Why help someone else have a best seller?

By the way, our book club chose the Ordinary Grace by William Kent Krueger. Thumbs up.

As I’ve mentioned before, writers have a tendency to rely on favorite words and phrases … often without even knowing it. Maybe it’s considered part of your style or personality, but from an editor’s standpoint (who advocates for the reader), these “catch phrases” can become annoying and distracting.

Because I’m being objective and looking at a manuscript with fresh eyes, I can easily see the repeated words (and can make suggestions or revisions). I can search for how often the word or words have been used. But you can’t do this, because you don’t know what you’re looking for! It’s like looking up the correct spelling of a word in the dictionary … when you don’t know how to spell it.

But now there’s help. Word clouds. Thanks to an attendee at my recent writing workshop, I learned of an amazing tool to self-regulate your pet prose. There are many Word Cloud programs available, which take your text and visualize your repeated words. I found one, TagCrowd, which not only creates a very cool image of the words you use most frequently, but it can also tell you how many times you’ve used them.

I worried for a minute that I was shooting myself in the foot by revealing this trick of the trade, but then I realized, if I can help one memoirist from repeating “I remember when,” one mystery writer from abusing “He couldn’t help but notice,”  or any number of storytellers from plastering “In fact,” “Of course,” “That being said,” it will be worth it. I’m sure I’ll still have plenty of work to do. 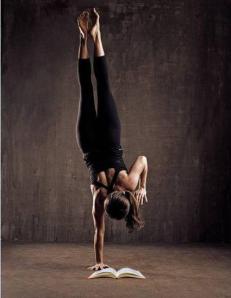