1. The Diary of a Young Girl by Anne Frank
Alfred A. Knopf Inc. turned down the English-language rights to a Dutch manuscript in 1950 after receiving a particularly harsh reader’s report. The work was “very dull,” the reader insisted, “a dreary record of typical family bickering, petty annoyances and adolescent emotions.” Sales would be small because the main characters were neither familiar to Americans nor especially appealing. Knopf wasn’t alone. The Diary of a Young Girl was rejected by 15 others before Doubleday published it in 1952. More than 30 million copies are currently in print, making it one of the best-selling books in history.

2. Jonathan Livingston Seagull by Richard Bach
When he sent out the story, Bach received 18 rejection letters. Nobody thought a story about a seagull that flew not for survival but for the joy of flying itself would have an audience. Macmillan Publishers finally picked up Jonathan Livingston Seagull in around 1972, and that year the book sold more than a million copies. The book contained fewer than 10,000 words, yet it broke all hardcover sales records since Gone with the Wind.

3. Chicken Soup for the Soul by Jack Canfield and Mark Victor Hansen
This book was turned down 33 consecutive times. Publishers claimed that “anthologies don’t sell” and the book was “too positive.” Total number of rejections? 140. Then, in 1993, the president of Health Communications, a small publication that was going bankrupt at the time, took a chance on the collection of poems, stories, and tidbits of encouragement. Today, the 65-title series has sold more than 80 million copies in 37 languages.

4. Notes to Myself by Hugh Prather
Hugh Prather sent novels, stories, articles, and poems to publishers but was repeatedly rejected. Finally, he sent in a collection of his thoughts, which was initially accepted by a small publishing house who didn’t even have a wide distribution reach. But slowly, through word-of-mouth publicity, it became a bestseller.

5. Zen and the Art of Motorcycle Maintenance by Robert Pirsig
This book was rejected by a record 121 publishers before being published. It has sold millions of copies in twenty-seven languages and still continues its winning march. The editor who finally published Pirsig’s book said, “It forced me to decide what I was in publishing for.”

7. The Fountainhead by Ayn Rand
The book was rejected by twelve publishers, before a young editor, Archibald Ogden, at the Bobbs-Merrill Company publishing house wired to the head office, “If this is not the book for you, then I am not the editor for you.” Despite generally negative reviews initially from the contemporary media, the book gained a following by word of mouth and gained a foothold.

8. Lolita by Vladimir Nabokov
Due to its subject matter, Vladimir Nabokov was unable to find an American publisher for Lolita.  First published in 1955, it was a runaway bestseller, the first book since Gone with the Wind to sell 100,000 copies in the first three weeks of publication. Today, it is considered as one of the finest novels written in the 20th century and in 1998, it was named the fourth greatest English language novel of the 20th century. 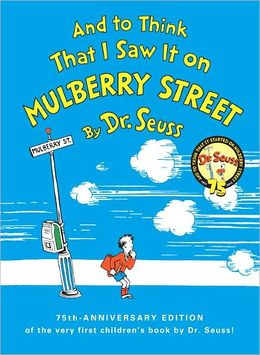 9. Books for Children by Dr. Seuss
Suess’ first book And to Think That I Saw It on Mulberry Street was rejected 27 times before being published by Vanguard Press. The sales of Dr. Seuss’ children’s books have soared to more than 100 million now.

10. The Alchemist by Paulo Coelho
This international bestseller was first published in 1988 and is the most famous work of author Paulo Coelho. It sold only 800 or so copies in its first release and was dropped by its first publisher as a result. It has now been translated into more than 60 languages, and has sold more than 75 million copies in more than 150 countries, and is one of the best-selling books in history.