Thanks for the Memories

As I prepare to participate in a panel discussion on writing non-fiction and memoirs for the Central Oregon Writers Guild (and shamelessly promote the event!) I thought I’d share these points:

Your best chance of writing a salable memoir is to read as many successful memoirs as you can. Here are a few examples (in alpha order by author, not necessarily by rank):

Each memoir is unique, but if your story can illustrate a theme that resonates so that others can identify with your experiences, you will have a more memorable (haha) book.

Tell the truth (be real, for better or worse, because that’s what gives you credibility).

But… don’t get hung up on accuracy.

Come up with a great opening line to get the reader into your story.

Print out your manuscript. It’s amazing what you’ll catch on a physical copy.

Read your manuscript aloud. If you stumble over phrases or sentences, it’s quite possible your readers will, too.

And finally, competition for readers’ attention is fierce. For greatest chance of success, your story must be in the best possible shape. Hint: get a professional editor!

On Your Mark, Get Set, Delete 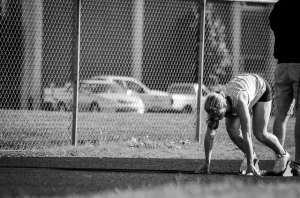 NaNoWriMo (National Novel Writing Month) is over. You’ve completed the challenge—writing 50,000 words in a month. Congratulations!

Now comes the real work. Making every word count. Getting rid of the words that don’t.

Case in point: “began.” They began arguing. He began acting suspicious. I began to get irritated.

And just for fun, how about that word just? It’s a word that just isn’t needed. Search your manuscript – you might be surprised how often you’ve used it. Try deleting just a few of them; you probably won’t even miss them.

If you don’t miss it – if your story reads (just) as well without it, you will (begin to) write a much tighter, better story.

As I’ve mentioned before, writers have a tendency to rely on favorite words and phrases … often without even knowing it. Maybe it’s considered part of your style or personality, but from an editor’s standpoint (who advocates for the reader), these “catch phrases” can become annoying and distracting.

Because I’m being objective and looking at a manuscript with fresh eyes, I can easily see the repeated words (and can make suggestions or revisions). I can search for how often the word or words have been used. But you can’t do this, because you don’t know what you’re looking for! It’s like looking up the correct spelling of a word in the dictionary … when you don’t know how to spell it.

But now there’s help. Word clouds. Thanks to an attendee at my recent writing workshop, I learned of an amazing tool to self-regulate your pet prose. There are many Word Cloud programs available, which take your text and visualize your repeated words. I found one, TagCrowd, which not only creates a very cool image of the words you use most frequently, but it can also tell you how many times you’ve used them.

I worried for a minute that I was shooting myself in the foot by revealing this trick of the trade, but then I realized, if I can help one memoirist from repeating “I remember when,” one mystery writer from abusing “He couldn’t help but notice,”  or any number of storytellers from plastering “In fact,” “Of course,” “That being said,” it will be worth it. I’m sure I’ll still have plenty of work to do.

Which means six more reasons to find a good book to read! If you don’t have a pile on a bedside table waiting, here are a few I’d recommend:

Me Before You by JoJo Moyes

Think  My Fair Lady (original play – Pygmalion), The Sound of Music (The Story of the Trapp Family Singers), even You’ve Got Mail (based on play Parfumerie; little shopgirl/caregiver partnered with/pitted against wealthy “landowner.” Only with a twist: former Buttered Bun cafe clerk is hired to be companion for former stud-now-quadriplegic. More than a romance (thankfully, as not my thing), a story about choices. Couldn’t sleep until I finished it, and then I couldn’t sleep after.

Both, coincidentally, swirl around the “gay” topic, and both are told from young girls’ points of view. In the novel Wolves, set in New York City, June unravels her uncle’s secret life. Revealed in bits and pieces only after his AIDS-related death, June struggles to understand him and herself. On the opposite coast in San Francisco, Alysia also struggles to understand, love, and ultimately forgive her own father in her memoir, Fairyland.

And while all three (of which all are now on my GoodReads list of favorites) feature female protagonists (which, oddly, was not why these books were chosen), fear not, testosterone readers. A strong male presence figures prominently in each book; in fact, without Will or Finn or Steve, there would be no story. The relationships between each of the pairs is of paramount significance. You must read them for yourselves; I will not spoil.